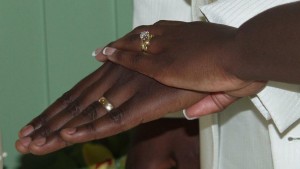 Part of the mission of Mothers Union is to promote and support married life.

Mothers’ Union supporters are inclusive and compassionate, frequently coming alongside those from our own membership, and others we meet through personal friendship and projects, who have experienced the relationship difficulties that can exist within and outside of marriage.

However, we believe we are called by God to be proactive in showing how marriage can be a wonderful blessying and encouragement, as well as a loving, stable environment for bringing up children.

There is a large body of research that points to the positive effects of marriage:

Mothers’ Union supporters work in a variety of ways to support marriage:

Mothers’ Union supporters believe that they need to grasp opportunities which will enable them to support and encourage couples who are preparing to get married, and the churches that those couples could get married in.

If you agree that this is important, you may find the following two papers inspiring. They are based on presentations made by Revd Andrew Body to Mothers’ Union supporters in the Diocese of Winchester in 2008. Revd Body is a parish priest in Guildford Diocese, and a respected author of three books on marriage whose work has involved a symbiotic relationship with Mothers’ Union. His book ‘Growing Together’ is a guide for couples getting married, which is now also available as a workbook for marriage preparation sessions.